Xamarin, a centric cross-platform app developing service is to hold its second Evolve developer conference for the year. On this occasion, the company is going to release a number of updates for several of its services and is also going to launch a new product. Amongst the release, the highlight is the service’s own Android emulator which is seen to be faster than that of Google’s; the launch of Xamarin Insights which is a new monitoring service app and an update for the Test Cloud by Xamarin which will reduce the test time allowing developers to view their apps running various devices.

The CEO of Xamarin, Nat Friedman said that for developers of Android, the biggest pain point is that Google’s emulator can be unreliable and slow. While Xamarin ships Android emulator’s, this problem still applies to them which is why the company built its own emulator. While at present it is only considered to be a preview release and supports only the KitKat operating system as well as phone form factors, work is in progress for it to be used on various other versions of Android and other devices. While at the moment, the emulator does not allow camera access, this feature is soon to be added. The emulator boots up in a matter of seconds and makes use of hardware accelerated graphics allowing developers to test their games and effects. For the time being, the emulator can only be used by customers of Xamarin but the company is working on opening it up to the wider Android developer community.

The Xamarin Test Cloud is also set to gain two more updates which are a full frame video of test runs as well as test parallelization. Instead of simply getting screenshots of the app, developers have the option of opting to get its video and how it can run on a number of devices. This is considered to be a huge step to apps having complex visual effects and features as what may look good on one, they may not look the same on another.

The company makes use of 1,000 various devices. One test across each of these can take a long time to conduct so in order to speed up the process, Xamarin can now run various parts of the test on a number of devices of same kind simultaneously. The company contains 100 devices of Nexus 5s in their labs and while using them in parallel, a test which would normally take 3 hours to complete can now be conducted in 12 minutes. According to the company, testing is not something which should be conducted prior to shipping the app rather it should be conducted in the entire development cycle

Xamarin allows developers to build their apps and to test them. The missing component was to check what happens once the app ships which is where Xamarin Insights fit in which is the company’s analytic service app. This app allows the developers to monitor any errors, any exceptions, and crashes which may occur in real time

While there are a number of other services in the market that offer similar services and features, none full support Xamarin. This is because none of them are built for C# apps and focus on Java and Objective-C which are the main languages used to write Android and iOS apps. The majority of the analytic tools only provide a narrow view of the data and in order to gain other analytics, other services need to be used. This is why Xamarin Insights wishes to give its developers an overall picture of what is happening in their applications so that issues can be tracked down sooner.
The service is likely to be in its preview stage for around 6 months and during this time, it will be available for free and for unlimited use by the developers. Once out of preview, a free tier will still be offered and pricing will also be offered for non-Xamarin customers who wish to make use of this part of the company’s service.

Without a doubt, this is considered to be amongst the biggest releases for Xamarin with the Insights being amongst the most important. Around 3,000 new developers are being added by the company into their platform on a monthly basis and they currently have 75,000 developers already registered. This shows good momentum and progress for the company. 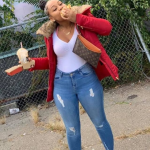 Sonia is a writer and editor at UltimateStealth She is a keen observer of technology and loves to write on social media, mobile apps, digital parenting, and business development ideas.