The challenge of Google Assistant vs Siri tells you which OS giant is the best. Until recent times Siri was the one that role the world in the battle of smartphone personal assistants. Siri was initially introduced on a cell phone through the iPhone 4S in 2011. It is still known as one of the nest apple products. Siri is known for better voice recognition, and it has integrated into apps and products. You are using Siri these days to queue up your next Uber and for the sake of transferring money to your loved and for-business perspective. It also is helping us to navigate to new shops on Apple TV.

Talk about the Challenger: Google Assistant vs Siri

With the rollout of the new Google Pixel phone, a new challenger to Siri has emerged: Google Assistant. Over the years Siri has ruled the world, but Google assistant has come up as a true challenger. Let’s take a look at the following to differentiate which is better OS Giant while comparing Google Assistant VS Siri.

Let’s talk about Google Assistant vs Siri the battle between the two OS Giants in a nutshell! Take a look at the following for exclusive

Google assistant is one of the best intelligent personal assistants developed by Google. Nowadays, it is known as Google extension.

Siri is a computer program that also works as an intelligent personal assistant. It is the best knowledge navigator, iOS part, watches OS, TV’s OS, and Mac OS.

Google assistant has better memory compared to the challenger Siri. Google is impressive because it can remember things quite easily.

Siri comparatively losing that battle compare to Google because it has got problems when it comes to remembering things.

Google Assistant can get integrated with the applications, but logically Siri is a champion in this field.

So, Siri remains an undisputed king without a crown in terms of apps integration.

Challenge No.4: Who is conversational friendly

Google Assistant makes conversations user–friendly, and you would see a conversation on a cellphone like you are talking to your friend in person.

Challenge No.5: Who has a better knowledge

Google has its search engine where people used to publish every kind of material. So, you can get right, true, and knowledgeable answers compared to Siri.

For example: Who is the President of the United States

Siri is comparatively less knowledgeable because it is just an OS and enables it to compete with the mighty Google.

For example:  Who is United States President

To Google: Are you better than Siri?

Answer: Siri’s is the best

To Siri: Are you better than Google Assistant?

There are following features of Google Assistant vs Siri that you can compare with one another and come to your final conclusion.

Now you can get to know about Google Assistant vs Siri winner out of these two OS Giants.  The Google Assistant has a master class ability to remember information and is further used to refer your things in a conversation. However, Siri works skillfully with the applications. Google is less robotic while having a conversation with the user, but Siri has the robotic touch. You don’t have to ask questions from Google back and forth. However, Siri could be a lucrative danger to Google’s search business revenue. 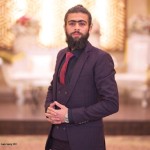