Sonia JamesFebruary 20, 2020February 21, 2020InfographicNo Comments on How To Detect Apps that can have a Negative Influence on Kids

Being a parent sometimes could prove really hard because you have to shield your kids from vices that smartphones and the internet could bring them. Some apps expose kids to a lot of danger (including dangers of sexual assault and cyberbullying) and our concern in this article is how to detect such apps.

Since the average age at which a child owns their first smartphone is now 10.3 years, important measures to protect them from the liberal net are highly necessary.

However, in detecting bad apps, the first step is knowing them. The very common ones include After School, ASK.FM, BIGO LIVE, HOLLA, Whisper and even the famous SNAPCHAT (which exposes kids to nudity on the net).

More importantly, before you can conclude that a smartphone app is dangerous for your kids, it has to be one that could open them to any kind of risk on the net. Also, before you can consider an app safe, check for filters. These filters remove contents for those that are considered too young for them. This is a very important point in detecting these apps.

Additionally, remember to have ground rules for their smartphone use. This should include knowing the new apps they download. Apps that allow parents to monitor their children’s online views are also highly useful.

And just in case you’re looking for someone to buy damaged phones, you can contact us.

Try to put your kids under close monitoring if they are going to use smartphones because they could be exposed to many dangers out there.

Sonia is a writer and editor at UltimateStealth She is a keen observer of technology and loves to write on social media, mobile apps, digital parenting, and business development ideas. 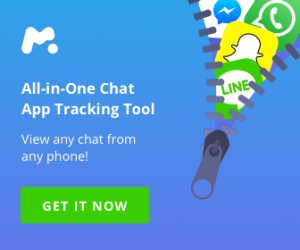